1996 Harbin Yew Science and Technology Development Co., Ltd (HDS) was founded as a private enterprise to grow and cultivate yew trees and incorporated under the laws of the People’s Republic of China (PRC).

2003 HDS was granted rights to develop and use yew resources from the Department of Forestry of Heilongjiang Province.

March 2010 HDS began selling yew branches and leaves to be used as a raw material in the production of Zi-shan, a traditional Chinese medicine (TCM), as a secondary treatment of certain cancers.

2011 Received patents for asexual reproduction method and yew extract method from The State Intellectual Property Office (SIPO) of the PRC.

May 28, 2013 Began trading in the U.S. over-the-counter market under the symbol YEWB 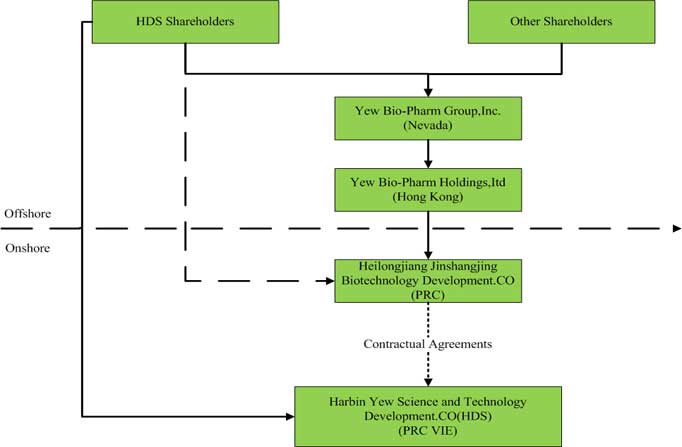